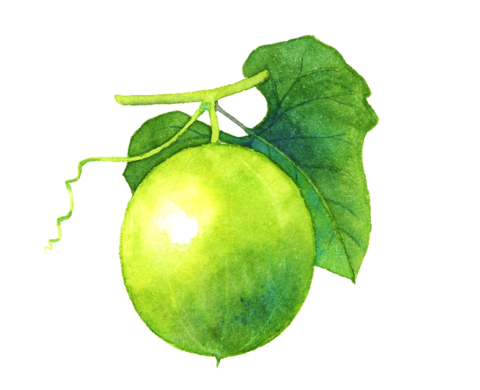 Monk Fruit is the (not so) secret wonder fruit behind Lakanto sweetener. It’s what allows us to create a sugar alternative that not only mimics the sweetness of sugar but also performs like sugar. Unlike most fruit, monk fruit does not get its sweetness from fructose. Monk fruit’s sweetness is derived from antioxidants in the fruit’s flesh.

Monk fruit (or luo han guo) is part of the melon family and only grows in one place - the mountainous foothills of the Chinese province of Guilin. Monk Fruit gets its name from the Buddhist Monks who first used it. As the monks meditated and lived on the misty mountains of Guilin, they encountered a fruit they prized and cultivated for its sweetness and healing properties. They were the first to brew healing tonics using the fruit and developed basic farming techniques to ensure the fruit’s survival.

Monk fruit is often known as a sacred fruit of longevity, and in recent years it has been given the title of super food in Western countries. Near Guilin City in Xiang Tian there is a town known as the longevity village. It is said that most of the villagers regularly take monk fruit as a tea and many live to celebrate their 100th birthday.

For centuries the Chinese had been cultivating this precious fruit aware of it’s plethora of health benefits and impressive medicinal qualities, but it wasn’t until 1938 when a group of European scientists began studying it, did it become a common part of Chinese medicine.

In 1995 monk fruit took its first steps out of China and on to the global stage when Japanese company, Saraya created Japan’s first zero calorie sugar alternative. This is what Lakanto use today.

Learn more about the health benefits of Monk Fruit.