What Is Aquafaba?
In 2015, after the vegan community had tried everything to re-create the elusive egg white meringue, it was discovered that the liquid in canned beans, specifically chickpeas, when whipped like egg whites, turned into a perfect, airy, sweet, and crispy meringue.

Using Lakanto this recipe has 97% less sugar! That saves you 31g of sugar per serve 😍 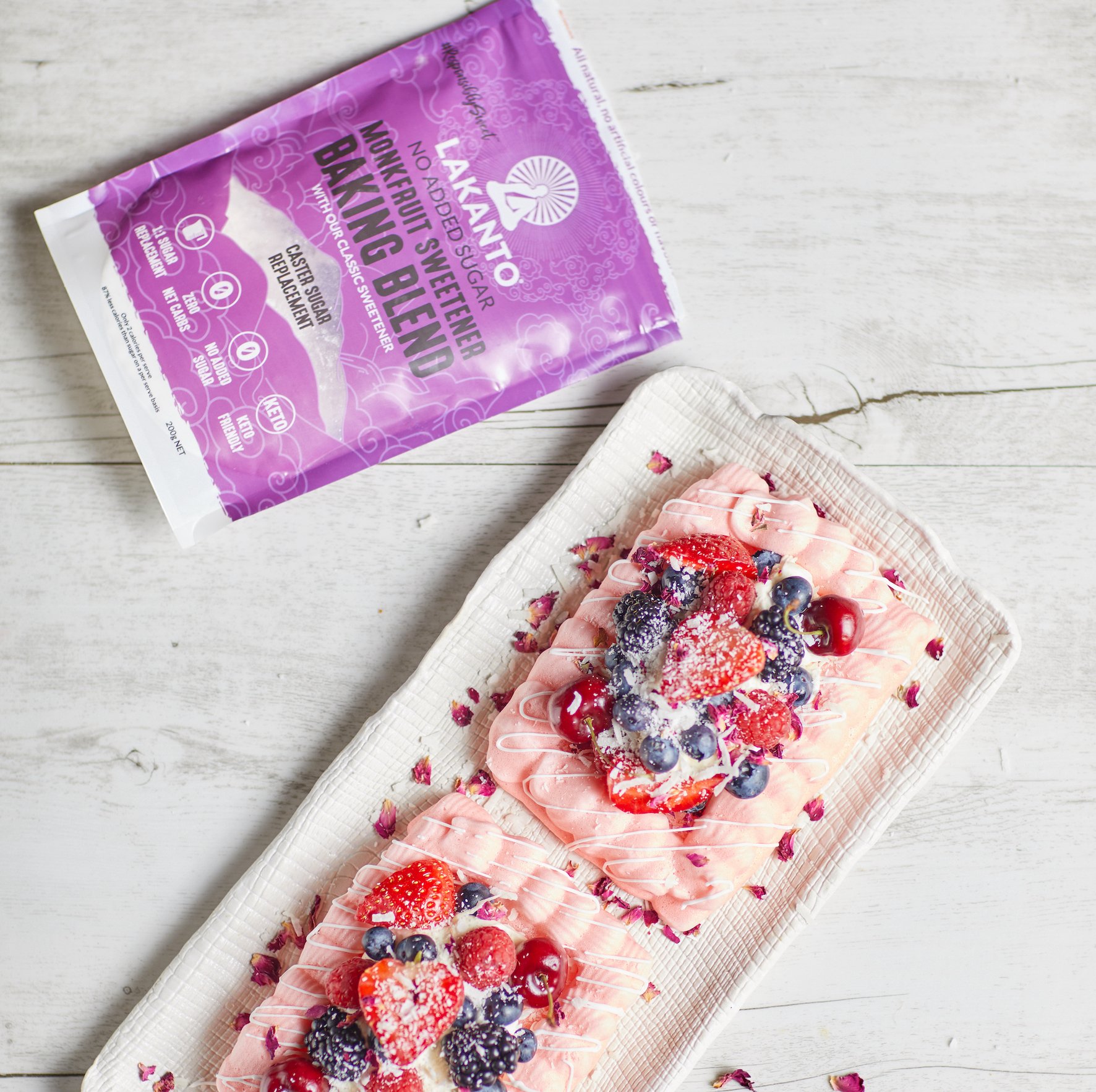